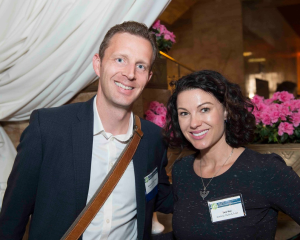 With California’s homeless population jumping 13.7% from 2016-2017, according to a September 2018 article published in the Mercury News, increasing the number of available, affordable housing becomes crucial.  That same article quoted the National Low Income Housing Coalition’s statistic that California has only 22  affordable units for every 100 extremely low-income households.  Using these numbers, the state is short more than one million affordable units.

Enter the Non-Profit Housing Association of Northern California, a coalition of 750 affordable housing developers, advocates, community leaders and businesses whose mission it is to make the Bay Area a place where everyone has an affordable and stable home.  The NPH held an awards banquet last week to honor those cities/counties/agencies for the “2018 Local Campaign Champions Award.”  This year there were 12 winners, including the Cities of American Canyon, Berkeley, Calistoga, Emeryville, Napa, St. Helena, San José, Santa Rosa, and Yountville; the Counties of Napa and Santa Cruz; and the Coalition on Homelessness.

Pictured above is Sara Wall, a Senior Project Manager for OPC who has worked tirelessly for over 15 years as an advocate for low-income causes.  Sara is standing with Zack Friend, Second District Supervisor for the County of Santa Cruz. Mr. Friend accepted the award on behalf of the County.  At OPC, we are proud to play a role in helping to solve the affordability crisis facing not only Californians but also people across the country by assisting developers and municipalities relocate tenants during improvement projects, and advocate for these populations.